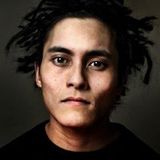 Never miss another
show from Catolico

If you were to compare the music of Catolico to that of a visual artist, his style would best be described as mixed media. On his third LP, the Vancouver-via-Winnipeg producer shows off his penchant for blending sonic textures alongside a left-field manner of delivering melody and rhythm.

Although Catolico delivers 14 tracks in just over an hour on his album, Mass3acre never seems to drag or run short on ideas. While Catolico works off of no-frills, repetitive electro-movements, he adds stimulating musical drops, accents and vocal samples that keep these tracks feeling buoyant. It helps that Catolico is also attracted to so many different eras of electronic music; he brazenly cops the bright piano sound from '90s-era ambient house and the skeletal backbeats from '80s post-disco.

On Mass3acre, Catolico scours his influences, instruments and boundless imagination to come up with a unified sum that's much greater than its parts.