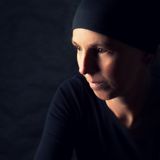 Sara Noxx is an award winning German musician and star of the alternative music scene. She is also a member of the band Essexx who, in 1997, were the winners of the Zillo Band Contest. Her debut solo release was the 1997 Mini-Album Society on Nightshade Productions.

Her 2001 album Exxtasy reached #9 on the DAC. In 2003, Sara released her instrumental album Nonvoxx. In Autumn 2003 the album Equinoxx and the single cd Colder & Colder were released which reached the no. 1 position of all European alternative charts for several weeks.

In 2008, Sara Noxx released a 3-CD set XX-ray including numerous new interpretations, remixes and duets but also a collection of multi-lingual interpretations of her work. In 2009, her single Superior Love from her Intoxxication album reached #4 on the DAC. To date, Sara Noxx has released three full albums as well as numerous singles, LPs, and special releases.