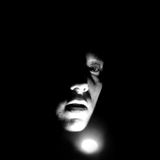 Never miss another
show from Salva

Salva has performed live and DJed in several countries and most major cities in the US, sharing the stage with countless syndicated acts. In the wake of Grime and Funky UK-centric dance music, Salva's productions and remixes have been played by Dam-Funk, Mary Anne Hobbes, DJ Craze & Kill The Noise, Starkey, Lazer Sword and many others, featured on some of today's quintessential radio shows and blogs and podcasts like 2Dopeboys, LuckyMe, XLR8R, FACT, BBC Radio 1 and Big Up Magazine. His own imprint called Frite Nite has helped to brand the careers of several up and coming underground stars, with a catalog of releases celebrated all over world. Salva will be releasing a full album, COMPLEX HOUSING October 2010.