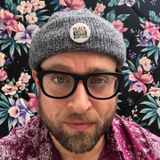 Never miss another
show from WD4D

The Station Blends Vol. 5
by WD4D

WD4D blasts the hinges off genre definitions with his inventive and eclectic style. Not only a knowledgeable producer, but an engaging performer and deejay as well. WD4D was named champion of Seattle’s 2010 Battle of the Mega-Mixes.

When he’s not pushing forward his unique beat-flipping sound, WD4D is supporting the musical community and promoting other artists who blend futuristic hip hop & soul with electronic possibilities. This busy individual is also a resident at the Soulectro monthly (one of Seattle’s most forward-thinking nights of music) w/ deejay’s Sho-Nuph & OC Notes.

With plenty of initiative and industry savvy to match his sharp deejay & production skills, WD4D is an unstoppable force that brings new music to light- and then sets it on fire!