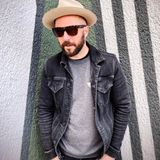 Never miss another
show from Rubix

James Hancock is a House producer and DJ from the UK, now living between Los Angeles and Santa Barbara.

James has DJ'ed at many of the top clubs and festivals around the UK and Europe. He has hosted and DJ'ed on Minstry of sound radio, BBC 1xtra and Kiss FM to name a few.

From his productions, he has gained 4 top 10 club hits, sold over 500,000+ records. He has signed and released music with Warner music, Sony, Nervous, CR2, Dopewax to name but a few. He has gained support from major publications like DJ & Mixmag, BBC radio airplay and other national radio stations, as well as major DJ support. In September 2020, James dropped his second House album under his new alias which dropped in at number 50 in the top 100 House albums. A new solo album is due summer 2021 with a string of new singles.

His style and technique is unique and brings together a style that is smooth, sexy, deep and guaranteed to move any dance floor.