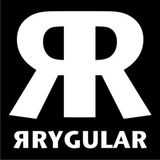 Never miss another
show from RRYGULAR

RRYGULAR is Mo's Ferry Prod.'s second offshoot born in late 2005. While Mo's Ferry Prod. itself stands for edgy and rocking minimal sounds and the first sublabel fenou is oriented more towards cuteminimalelectronica RRYGULAR is pushing forward to the core: Everything is about the definition of sound, about a compromise between DJ tool and floor filler. On releases filed under this label one can find tracks with a slight sombre touch. But it's not like these playful, tinkered tracks, it's much more DJ oriented, straighter, always directed to the floor. That's the idea behind RRYGULAR... But it should also be allowed to escape from this routine once in a while.