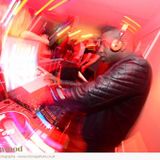 Never miss another
show from ROMETHEDJ

Support ROMETHEDJ by subscribing directly to this channel and get access to exclusive rewards.

My name is DJ Rome. I have been mixing and djing since the age of 15 in 1997. I was heavily influenced by my uncle he was always collecting records, He showed me a lot of shops to find good music ie (blackmarket,uptown,rhythm division ect...)
Started off mixing uk garage at first, been on a few radio stations from 2000-2011, here's a few names (Flava,Rawmission,Deja vu,True & Livefmuk)
I have mixed at many different places clubs,bars,weddings,birthday parties and other functions.
I play all types of styles now (uk funky,soulful,electro,tech,deep house to rnb,hiphop,bashment,dubstep,grime,dnb,garage to 80's & 90's pop ect....)
From 2004-2011 took my djing skills aboard with me starting off in Zante (greece) 2004-2005 then came to kos (greece) 2006-2011
where i mixed for and with some big names in the game (luck & neat,kele le roc,roll deep,ratpack,artful dodger,ironik,skepta,n-dubz,funky dee,general levy ect...)