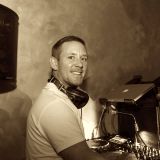 PROFESSIONAL DJ FROM LONDON UK
Jaye Walker has been dj'ing professionally in the London & International club scene since 1996.

His first gig was at the famous club Hippodrome in Leicester Square London at the age of 18.

Since then he has played in every club worth talking about in London including Ministry of Sound,Pacha,Turnmills,The Cross & many more.
Jaye Walker has also hosted a number of radio shows in the UK which included both DJ'ing & presenting.

Jaye Walker has played along side some of the biggest dj's & for some of the world's most popular dance music brands in the 20+ years he has been playing professionally.