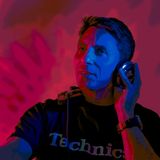 Never miss another
show from Womanski

Roman Womanski (DJ Andrejko) is an experienced DJ with career starting in the early 90's (89) in his twenties he has professionally worked for several prominent up coming Techno and HOUSE large scale clubs in Bratislava, Slovakia. Roman performed in smaller settings as well in local venues, bars, restaurants and weddings, school/private events. In addition to that, Roman has performed during his first professional year as a mobil DJ traveling the country and spinning rock concert events for larger crowds. In 1992, Roman has set off to works and study in New York and he had put his professional career on hold until such time when he had finished his Undergraduate deg. In 2015 Roman picked up the decks once more to pursue his passion in HOUSE music.