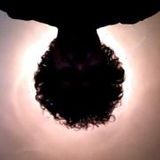 Robotic AF loves records and records love Robotic AF. Records do anything to seduce Robotic AF: they try to reach him via friends, via Youtube and other dj's mixes and they're sitting in record stores looking at him… You could say when a record got his interest, Robotic AF starts working for it: he makes sure he gets it, he’ll record it in a mix and put it online, and if they found mutual love, they grow from each other. Robotic AF might produce his own extended ‘Robotic AF’ edit of it and he will play the record for you at a party!