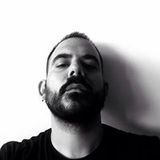 LSB through the years
by Rim Runner

Rim Runner - All That Bass promo mix
by Rim Runner

Do Not Go Gentle
by Rim Runner

Radomir Kojić / RIM RUNNER (Roll The Drums /D.A.B./ MAST/ DigitaLAB) Belgrade, Serbia
Starts a DJ carrier 2005 as a part of Dready Against Babylon sound system. In last 12 years, he is performing as a DJ and live performer under different aliases , combining dub. jungle and liquid funk in his sets. As a producer, he has more than 20 released tracks and remixes for different labels and artist. From 2016, as a member of Roll the Drums collective , he is involved in organizing of a liquid dnb night in DOT Club (Belgrade), hosting some of the best artist from the liquid dnb scene. (LSB, DRS, Technimatics, Lenzman,Dan Stezo, Paul SG, MC Conrad, S.P.Y., Stamina MC...). He performed all over Serbia and region.
Roll The Drums
https://www.facebook.com/rollthedrums...
Rim Runner
https://www.facebook.com/rimrunnerdj/