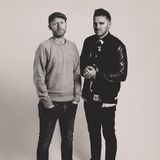 Never miss another
show from Technimatic

Since joining forces in 2007 Technimatic’s discography has spanned the cream of the drum & bass scene, with releases on the likes of Technique, Viper, Critical, Hospital & Spearhead; in 2012 they signed exclusively to DJ Friction & K-Tee’s Shogun Audio label. They have become one of the go-to acts for rich, emotive, musical d&b, epitomised perfectly by their bestselling debut album ‘Desire Paths’. This widely acclaimed long player was one of Mixmag’s Top 10 dance albums of 2014 & won ‘Best Album’ at the National Drum & Bass Awards.

Both talented DJs in their own right, Pete & Andy have played throughout the world, from the USA to Australia. Their energetic sets feat. music from right across the d&b spectrum, and reflect a deep passion & knowledge of the scene.

They now already have a large portfolio of new music scheduled for release on their brand new label 'Technimatic Music', as they continue to cement their reputation as one of the brightest & most exciting duos in d&b.