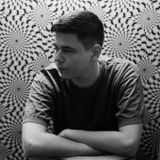 The origins of the computer era meant introduction to the world of electronic music also for then-unknown DJ RiZa opportunity to compose songs of their own creation which reflects the current perception of time. His inspiration was still unforgettable Prodigy, Chemical Brothers, Daft Punk and others like them. With the advent of the new millennium, he was first time in touch with the mixer and learned to mix on turntables with assistance of Roland Kadela. He watched the EDM scene itself, until recently, with the high view and extraordinary inspiration for world leaders such as Sasha, John Digweed, Hernan Cattaneo and others... Under the influence of this development has been adapted his style to mixture of dark & deep progressive sound with transitions to tech-house/deep house and melodic techno reflecting the sound of top underground scene. In 2012 he started with successful music production.