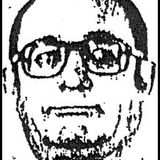 Never miss another
show from Randophonic

Randophonic (Randophonic.com) is a radio program which broadcasts pretty much every Saturday night (11pm-2am Pacific Time) on CiTR.FM.101.9 (Vancouver, British Columbia, Canada). Most of our mixes here were originally broadcast at CiTR. Apparently, we rate as eclectic listening. Which is a boring way of saying that we don’t do anything in particular (except for when we do). Because as far as we’re concerned, there are only two kinds of music. Good and bad. We endeavour to play only the good stuff. Find out more @ https://randophonic.com/