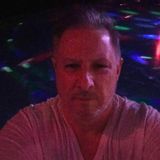 Ralphie Dee found himself smack dab in the middle of the disco boom at the ripe old age of 17 when he became the resident DJ at 2001 Odyssey in Brooklyn, the club where Saturday Night Fever was filmed. It was there in the heyday of 1978 to 1980 thousands flocked to 2001 and were treated to Ralphie's legendary DJ sets. many of the records played at 2001 were heard for the first time by thousands of people.

From there he began doing guest spots on New York's WKTU " Studio 92" which aired Saturday nights from 10 till 1am, then working thru the 80's at some of New Yorks best and most popular clubs.

In 1989 he began a serious push into the recording industry and helped pave the way for what was later called hardcore techno, after co producing the worldwide hit "The Realm" this lead to playing guestspots across Europe and Asia for nearly 10 years from 1990 to 2000. These mixes are various snapshots into the life of Ralphie Dee thru music, Enjoy!