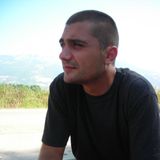 Psymania have been involved in trance music since 1998, and from 1999 he starts going at parties. In years, his style has varied, and stopped on dark psychedelic and ambient/downtempo/dub. From 2003, he starts producing, and now he is a member of the project named Karakondzula, which already had released two tracks for Ultiva Records and two for Psymoon Records. Except production and DJ-ing, he is working like organizing manager in record label Psymoon. Besides playing at parties in Serbia with O.M. Community, Save the Rave, Psygarden organizations, he had played at Grotesque festival (Serbia, 2010 & 2011), Psyculture festival (Greece, 2010 & 2011).