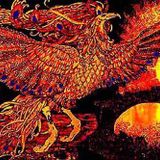 Never miss another
show from Phinyx

INFLUENCES: In the early 90's, what stood out as influential amongst my first (thrift store bought!) records were big band, disco, and funk, as those genres became victims of sampling in the "retro" movement of the time--adding punctuation to hip hop and house music. Got hooked on a house music show back then called "In Fusion" on KCSB and managed to get a few onto cassette. About the same time my first CD's were all techno compilations, clearly showing the precursor elements to drum & bass tempos & beat patterns we enjoy today. Amazing how styles progress, combine, and evolve. Where will this alchemy take us next?