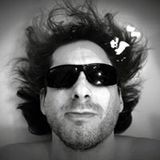 From both the indie rock scene and the underground electronic music scene, PHil Martins has developed a style between techno, progressive and minimal called MaxXimal Music.

This new concept was created in 2009 through the creation of original compositions. This groovy patchwork with powerful rhythmic immediately met a warm welcome to the public at various live-acts.

PHil Martins has developed in parallel a performance between DJing and live act, mixing his own compositions with other tracks of the same style.

Using an iPad, a WII guitar and synths, PHil Martin has its Electronic MaxXimal set for lovers of music that beats, that flies, that electrifies ... Anyway an inventive, pulsive and very responsive performance that leaves no one indifferent, for sure!