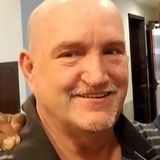 History: San Francisco Club DJ 1973 til 1982. Los Angeles 1980s included the Arena. Pete was part of the opening cast of the Endup in SF (including the Jockey short contest mentioned in the book Tales of the City) and the world famous Dance Your Ass Off near Fisherman's Wharf. In 1982 Pete moved back home to Orange County and continued his spinning in Los Angeles clubs included the Arena and Gauntlet in Hollywood. Responsible for the infamous 1980 DISCONET remix -- Viola Wills, "If You Could Read My Mind"