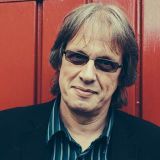 Blues And Roots Connections, with Paul Long is a weekly programme inspired by the blues but not constrained by it. The show is broadcast every Sunday and Tuesday on www.bluesandrootsradio.com and is always here on Mixcloud.

Paul features blues, soul, funk, rock and other music with a roots vibe - music that has the emotional contact and feel, if not always the chord sequence. As he says, 'it may not always be the blues, but there is always a connection' as the tracks are linked by theme, subject matter, artist and whim! Paul has a lifetime of record collecting as well as his experience as a performer and recording artist, producer and writer for UK blues magazines to draw on in this unique hour of the new, old and unexpected.