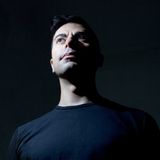 Techno: Past, Present & Future.
Words like “uncompromising” get tossed around a lot when talking about music, but Patrick DSP is the real deal. No matter the current techno trends, his style has remained energetic, raw, & powerful throughout the years. Standing in front of a sound system while he works the decks is like standing in front of a moving train: it might hurt a little, but you won’t forget it. From his DJing to his production, there is a raw drive to the music & the man behind it that never stops.

Patrick started spinning records at underground raves in Canada in 1996 & quickly found himself making the music that had drawn him to DJing. Music production was a window into sonic exploration & new music technologies that led him to create everything from film scores to his signature pounding techno sounds. As he honed his skills, he also took time out to teach others how to make music, giving advice & teaching classes on music production.