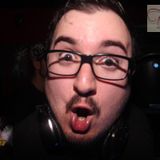 DJ Orly Aycart has been spinning his tunes in Florida and South America since 1996. Although his hypnotic trance and rhythmic grooves are his signature sound, he loves to play everything that is on vinyl or CD. From the peaceful sounds of ambiance, to the pounding bass of progressive house, to the dark sounds of tribal, Orly’s unique mixes delight clubbers and Vybe Radio listeners alike. As one of the producers and resident DJs of the Full Moon Parties, Orly helped to shape the party scene in Miami in the late 1990s by organizing and playing at raves with crowds of over 5,000 people. Orly has also been involved in pioneering internet radio as a 6 year resident of The Womb and Aliensignal Radio, and recently signing up with the # 1 internet radio station in the world 1CLUB.FM. In recent years, DJ Orly Aycart has performed at Space, Twilo, Pawn Shop, Score, Steam, Voodoo Lounge, Area 51, Club 5922, Rain, Sojo, Marlon Hotel, the Cafeteria, Bricks, the Nerve Lounge, the Covacha and much m