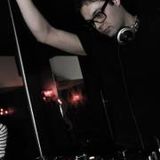 After developing a passion for electronic music, Ohm made his move from Jordan to Montreal leaving behind a promising engineering career and the country where he launched his musical career. He was a celebrated act across the Middle East and cut his teeth at the renowned Distant Heat festival and B018 club in Jordan and Lebanon respectively.

Ohm enrolled at Musitechnic Institute upon landing in Montreal where he received a diploma in Sound and Studio Technology. He is proud to give back to the music community by partaking in a teaching panel that helps newcomers connect knowledge with their talents.

Wanting to build his profile as an influential producer, our young talent’s releases can be found on record labels such as Microzoo, Casbour and Bad Pony Records.