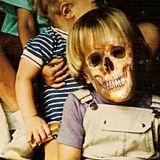 Never miss another
show from Nmesh

Alex Koenig (aka Nmesh) is an experimental / electronic producer and drummer out of Louisville. Despite a background playing in numerous metal bands in the late 90’s, he began pursuing a solo electronic project in 2002 incorporating a multitude of styles, often with a heavy influence of psychedelia.

Nmesh has released a handful of critically acclaimed albums over the years, on imprints such as AMDISCS, Dream Catalogue and Orange Milk Records, and has been featured in mixes from the likes of Gorilla vs. Bear, Dummy Mag, FACT, and Tiny Mix Tapes. Airplay on Rinse FM, BBC Radio 6, NTS Radio, and KEXP in Seattle. Alumni of the FSOL forum’s ‘Terminal’ series, and once a member of SAINT PEPSI (Skylar Spence)’s now defunct New Generation collective. Releases chopped & screwed D E T H W A V E as ZONΞ ΞATΞR.