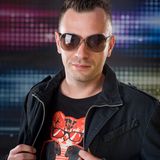 DJ Nikolay Popov was born in Burgas in 1982. and he is almost 19 years on the scene. Everything just started like a joke when his uncle and teacher (DJ Toto B) decides to test its ability on the "12 inches". From far in 1996 alongside they bust Bulgarian and European tourists in the clubs by the Black Sea After the grand opening of "Planet bar de luxe" in the summer of 2007., Dj Borra invited DJ Nikolay Popov as a resident DJ in the autumn-winter season of "Planet Yacht - St. Vlas".. After one year of working together in the winter of 2008-2009. аlong with DJ Todd became resident Djs of brand new "Planet Evolution in Plovdiv. In the same time Nikolay Popov record his first promo mix for "Planet bar de lux" - Winter session. Now, 4 years later he's one of the favorites Djs of "Planet La Dolce Vita". In his set, you can hear a lot of funky and vocal house, deep, Nu Disco, as well as modern remixes of classic hits.