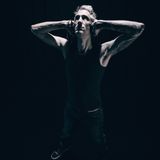 Never miss another
show from Tripswitch

Seasoned DJ and producer Nick Brennan aka Tripswitch is a man with many hats, having honed his studio craft over a 15 year career of releases and touring, establishing a reputation as one of the UK's foremost downtempo electronica artists under his Tripswitch moniker. His productions are renowned for their intricate attention to detail and luxurious sense of space, attracting top reviews in the music press and national dailies and making him a remixer of choice when a release needs that elegant downtempo angle.

Label head of the genre-bending Section Records, Nick juggles his time between running the label, a hectic touring schedule and knocking out a wide variety of remixes for artists like The Orb, Banco De Gaia, Way Out West, Matt Darey, Seb Dhajje, Noir and many more.

Nick has been locked in the studio since 2014 to focus on the next insta...