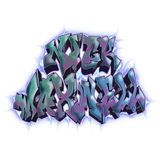 NOISES IN THE MACHINE
by Nick Maxwell

Nick began his career as a DJ in the early 90’s and quickly graduated from a bedroom DJ to a regular player on the club scene in Nottingham and around the Midlands.
Whilst living in the French Alps towards the end of the 90’s, he became heavily involved in the snowboarding scene and was soon blessing the mountain bars and clubs with his vibrant mix of hip-hop, funk and drum & bass.
Nick moved to Brighton in 2000, where he immersed himself in the local hip-hop scene and became actively involved by DJing for crews such as The Menagerie, Special School, and the Blendoffendaz turntablist crew. He also continued to play at parties and club nights around the UK and in Europe, as well as at various festivals and extreme sports events.
Having already notched up over 25 years of experience behind the turntables, Nick is fully accustomed to playing as part of a live ensemble, as well as dropping dynamic and funk-fuelled sets as a solo DJ. Check out some of his mixes right here on Mixcloud!