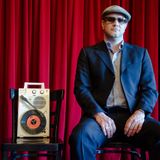 Marc Hype began his DJ career, inspired by the late great Jam Master Jay, in 1988 and went through the several decades of hip hop with countless releases, tours and competitions like the ITF championships, which he won twice in 98 & 99. During this time he collaborated and recorded with artists like the Juice Crew legend Masta Ace, Souls Of Mischief, DJ Z-Trip, Killa Kela & Mr. Lif. Over the years his record collection and his musical mind expanded and led him to all kinds of funky music. His selection on the decks as on production is freestyle, always with a unique groove, no matter the genre. In the year 2004 he began to collaborate with the classical trained piano player Jim Dunloop, which followed successful releases on the NYC based Milk Crate Records and Melting Pot Music. Their past tour schedule proved their ability to rock internationally with stops allover europe as in NYC, Japan, Hong Kong, China, UAE, Russia, India, Cambodia, Vietnam, Thailand, Israel & Australia.