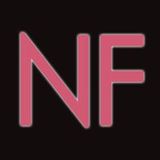 Never miss another
show from NEONFUNK 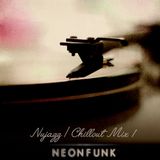 Tony Caparelli aka Neon Funk is an electronic music producer; he made is debut with several bands as singer and guitarist.

Once he created his record label EARSTUFF a few years later, he releases his first Trip-hop productions and he discovers a new way to envision music and to convey his mix of genres.

He produces a series of singles, which were heard in several compilations with French “spoken vocals” against a backdrop of Downtempo compositions as his signature.

A new style more cinematic such as the soundtrack from our lives’ footages whispered in French: this is what remains Neon Funk’s very signature.

A charming cruise that take us from Formentera beach to a New York rooftop, from iced latte in Venetia to an iced mojito on one of Copacabana beaches … a music that lulls the oblivious nimbleness of our apathetic—nonchalant – dispassionate lives: an invitation to forget about our daily lives.