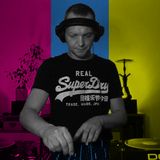 Support Mr. Smith by subscribing directly to this channel and get access to exclusive rewards.

alexander (Mr. Smith) schmidt, a german music lover & DJ, born in stuttgart (germany) @ the 08th of april 1984, started mixing at the beginning of march 2016, inspired by many great trance dj's around the world