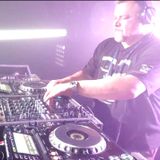 I Am Trance , Beyond The Star #72 (Special Guest - Victor Special)
by Davide Milan (Glassman)Reposted

Victor (Special) Shapovalov- Ukrainian DJ, musician and producer with 35 years of experience in the club industry. He began his career in 1984. Veteran DJ in Ukraine was at the forefront of the domestic klabings in the mid 80s and early 90s.
One of the first major Polish radio station Radio One. Resident radio Tempo Radio, Trance World FM, Trance Radio UK, Trance Radio France, DI FM, Trance Athene Radio, 109 FM, Trance Fusion FM, Mix FM and other , where for several years aired his radio show Motion of the Planet. A frequent guest at one of the world's best radio Afterhours FM , Digitally Imported Radio (US) and Pure FM areas. Resident of many foreign and domestic labels. It has in its artistic heritage of over 170 releases, many of which have been supported by the world's top-end artists.
In 2016 he came under the heading "Persona" musical editions Muz-Flame Magazine. The prizewinner WNLA Anthem Competition 2015. It occupies the first place in the TOP 100 Promo DJ