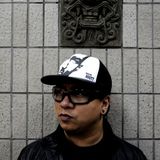 Never miss another
show from mrfudge

When his beats hit the floor, the flow is always funky and chunky beats - any tempo every style. MR FUDGE (aka Yusuf Akhtar) is a Canadian born breakbeat dj and producer who is intense, energetic, and versatile in each solid set that he delivers. Currently based in central Canada, MR FUDGE spins a wide range of electronic music (from hip-hop, trip-hop and mid tempo funk - to the sounds of funky disco house, bass heavy breaks and dnb). After playing numerous club nights and parties across Canada since 98, the time spent performing in South Korea from 2002-2010 was to challenge himself to gain international recognition, to push his production work and to develop a sound that best encompasses his energy and intensity behind the decks. This veteran dj can hammer out ultra fat tunes with every killer set that he smashes. Blackbelt Break-Fu is now in session!