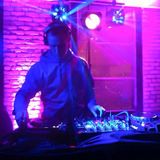 Originally from County Down, Northern Ireland I came to Canada in 1999 and became part of the west coast breaks scene. After spending time in Saskatchewan and British Columbia I moved east and have lived in Toronto since 2002.

I still DJ and have other aliases but, after taking a long sabbatical and coming back to find things have moved on, my goal now is - just to share the music I love online and hope anyone listening enjoys my mixes for what they are and they trigger some memories or smiles.

To God be the Glory.