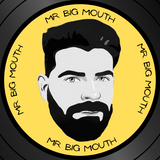 You are looking at Mr. Big Mouth the Sample Surgeon. Over the past decade, Mr. Big Mouth has played venues and festivals all over the country and some internationally. As one of the two founding members of Taste The Diff'rence, a Manchester Hip Hop night, he has supported acts such as DJ Vadim, DJ Format, Del Tha Funkae Homosapian and Souls of Mischief. He has also played sets at a number of big breakbeat, dubstep and drum and bass nights. His DJ sets are a seamless mix of hip hop, glitch hop, breakbeat, electro swing and drum and bass with plenty of live remixing, acapella dropping, turntablism and even guitar solos.

A few years back, Mr. Big Mouth toured with Surreal Knowledge; a trio of MCs/producers from Blackpool. Tour gigs included a number of festivals (nationally and internationally) and the O2 Arena for the final of Live & Unsigned (we came in the top 10 out of over 10,000 acts). He is now focusing on an album that fuses all his musical passions. Watch this space.