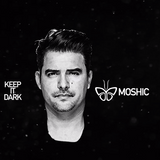 Never miss another
show from MOSHIC

DJ | PRODUCER | REMIXER
Moshic Aka Argonout
MoshicDaSilva
Remosh
Northern Israel, Haifa (1977), Moshic Shlomi is born.
A man, whose name thrills millions of progressive House fans today.
He grew up in a family of musicians,
but not everything in his life inclined cheerful singing.
At the age of 18, he was enlisted to National Service, where as a medic,
he had to deal with death everyday.
Soldiers brought from Lebanon were dying right in front of his eyes.
Continuous suicide attacks and living on a time bomb made Moshic understand,
what the most important thing in life is to seize the day.
When he finished paying his debts to the country,
he decided to devote himself completely to electronic music.
He fell in love with progressive, which wasnt too popular at that time in Israel.
He was handing out his mixes wherever he could, but the scene ignored his too dark style.
Disillusioned, he moved to New York
the city where John Digweed