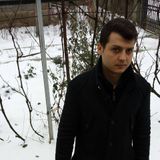 I met the disc-jockey world in 2005 @ Fabregada music studios. My first influences came from hardcore, maquina and hard trance. The thing that fascinated me more about this styles was the mixing technique, all because I could learn from one of the best ones in that movement, Javi Tracker. One year later I started to practice in my own studio, adopting minimal as the main style together with hip-hop and tech-house.
Since then I had the opportunity to play in the best clubs in Barcelona: elRow, Ghoa Beach Club, KGB, Chiringuito Calamar and Le Bako secret club and in Spain's Cathedral of Techno, Florida 135.
Now I´m focusing my career in the production of electronic music and the organization of a new concept of performance.
Booking contact: 0040721164179
www.facebook.com/moldovan