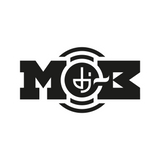 DJ Mo-B is said to be one of the greatest DJ Talents of the Swiss Federation. The experienced technician has already spinned on all the big stages, with such easiness and routine, making him so unique. He’s also made himself a name as a producer. Rappers like Rakaa (Dilated Peoples), J-Ro (Tha Alkaholiks) or Afu-Ra already flowed over MO-Beats. Now the Allrounder presents his second album called The Show Must Go On, on which he proofs his musical and producer talents.