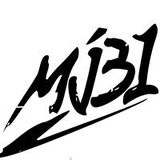 Grew up in Melbourne Australia, MJ31 was always influenced by hard trance, hard dance, hard NRG and Hardstlyle. Going to clubs such as Bubblenightclub, Hardkandy, Bass Station and of course PHD!!
During the early years of his life this kind of music genre influenced a lot of his music he likes to produce today, making music that people can shuffle to was his number one priority bringing in the tones of Hardstyle into EDM.
At an early age he was influenced a lot by the way of pure hard dance, as we all know now today as Melbourne Shuffle, which has now lead on to affect the world by storm.
MJ31 started DJ’ing around the age of 14 using his friends Technics 1200’s and Digital 1200’s
He never really got into professional dj’isum but practiced a lot by holding having after party sessions.
MJ31 has always had love for dance music and has now started to put together his own tracks hoping to touch the world with his beats and tunes