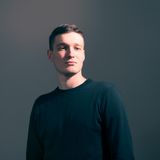 Never miss another
show from Minestrone

DJ/Producer from Ukraine. Real name is Sergii Runets. He was born on June 8, 1991 in the city of Boryslav and currently live in Bologna, Italy.

Since he was child, he was passionate about trance and progressive house music. He was strongly influenced at the time by artists such as Armin Van Buuren, Above and Beyond, Hernan Cattaneo, John Digweed, Nick Warren, Guy J and more.