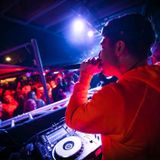 Mick Roxx played especially ‘Urban’ music (RnB and Hip Hop) in the beginning of his career. When he noticed the audience was also open to other styles of music, he added: Top 40, Soul, Disco Classics, Big Room, Latin and EDM-House. At this point he gained a good and steady base for the ‘eclectic style’, which is very popular at the moment. He uses mixed styles which are surprising and refreshing. Tracks from nowadays are mixed with classics from the past. Alternation is the key word in his work, at which much attention is paid to the response of the audience: the perfect sounds at the right moment.