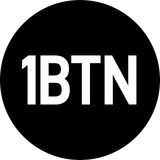 Roisin Murphy in conversation with Mickey Duke - 22.12.2020
by 1BTNReposted

Lady Blackbird In Conversation with Mickey Duke - 02.12.2020
by 1BTNReposted

I'm a Brighton based music lover, once of the mighty Wolverhampton. I've been collecting vinyl and Dj'ing since 1993.

I set up the radio station, 1 Brighton FM, in 2015 and i head that up with a fine fellow called, Chris Galloway. A well respected record collector and DJ in his own right. He's also a widely recognised as a producer as part of the 'Soft Rocks' collective.

We have a roster of approx. 180 DJ's, producers and music lovers, and we all produce approx. 120 live shows per month.
Some are well known and some less so but each is a lover and an obsessive. We recently rebranded to the station and are known as, 1BTN, and it's all going rather well.

I do a weekday daily radio show - sometimes with Mr Galloway - called 'The Get Up' and you can catch me/him from 7am-10am, Mon-Fri.

There are no rules, if we feel it, we play it.