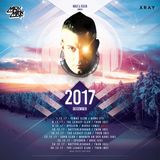 One could assume that the Swiss, Marcel Dominic Zimmerli, was born already as a DJ and music producer. Already in the age of 13 he was fascinated what DJ‘s did, and two years later he had his first public performances in various clubs in Switzerland.
Soon afterwards also bigger Clubs and organizers discovered him and recognized his talent. By that time his favourite style of music was Trance because he could identify himself with this. After a short time his own songs on various CD compilations and own vinyls were available.

His Single This is Human entered the German Dance Charts after one Week. In early May he appeared Fuck the DJ who was even short time in the iTunes charts. The latest Single called “Are you alive” was released by Lacave Records Germany. In 2017 he stayed a long time in Studio to present his new Music around the World in 2018.