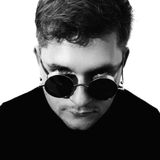 Florian Meindl is a multi-talented and multi-faceted artist, who is renowned for his technical
prowess.
Producing for over fourteen years, Florian has become known for his deep, grooving powerful
techno. His productions are characterised by his love of analog, which represent his true signature
sound.
2006 saw the inception of Florian’s label FLASH Recordings. The label showcases Florian’s musical
vision, reflects his taste and gives him tracks for his DJ Mixes. A platform for artists that Florian
likes, FLASH has had over 130 releases already including tracks from Heron, Electric Rescue, Jamie
Anderson, Alignment, Hans Bouffmyhre & Avgusto.
In May 2015 Florian released his second solo album ‘Collide’ to critical acclaim. The album was
clearly influenced by Florian’s transition from producing almost entirely digitally for thirteen y...