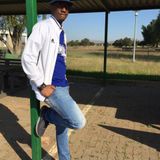 Never miss another
show from djmarvinm

No Show Classic Cutz by Marvin M _ 201
by djmarvinm

Marvin M is a celebrated versatile Mix DJ/Producer/Songwriter and Radio Presenter at SMUFM 97.1 streaming on www.smufm.co.za

He is widely recognised as one of the pioneers of the current resurgence of the Arts and Culture in Tshwane, Gauteng, South Africa and the World.

Marvin currently hosts a radio show on www.smufm.co.za every Saturday 18h00. The show features up and coming DJ’s, Producers, Remixers by playing their unreleased material.

As a DJ he started spinning records in the early 2000’s using turntables, taught by DJ Lebethu & Kapoo Da and many more…