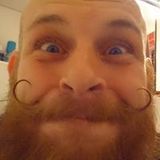 Midi Man discovered the light of the sequencers at the beggining of 2007, while he was working with synthesizers such as Korg EMX/ESX or Jomox XBase 09.

After his first performances with his high tech equipment, he started to show interest in the art of the synthesis of the analog sounds and he made his own semi-modular synthesizer as well as his C64 SIS synth.

After some time, he got tired of so much technology and he bought a Game Boy with a software called “Nanoloop”, while his interest in “LOFI” sounds was starting to grow up.

Since then, the fun started and he succesfully created his first songs and started to perform with his grey Game Boy. Consequently his contacts in Europe have been growing up allowing him to play in cities such as Wuppertal, Dresden, Frankfurt, Koblenz or Valencia.