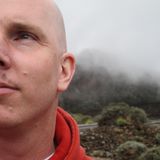 GET YOUR HOUSE Live with Schetthouse and Marc Antero (09.04.2021)
by Marc Antero

It all began in 1999 in Überlingen on Lake Constance in the PHAT! Club. The second floor was a cosy “living room” with an excellent sound system. This was followed by gigs in the TEMPEL in Radolfzell, which was probably the most innovative club on Lake Constance at the time. Many of the DJs who had a lasting impact on him also played here. This was the start of a wonderful journey that has taken him to many places so far. E.g. various clubs on Lake Constance, where he was resident in the DOME in Lindau for a long time. Or in the RAUCH CLUB in Feldkirch (A), when he was part of the “Funk Foundation” combo. The participation in three SNOWZONEs (F), where, among other places, the glacier in Les Deux Alpes was played, should also be mentioned. Not to forget various parties that he organized together with a friend and took over the warm-up for headliners such as Terrence Parker, Jamie Lewis, Ata, ....