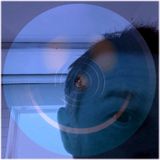 In The Hills In Front Of Cologne, Germany

We are dying, but music is immortal!
DJ since 1989. i have a big collection & range of music, i do mixes in different styles. I play digital or only vinyl sets. I collect the best of them! I was at first (from89) a dj in a youth club (Ajz Bahndamm) playing indie, 80ies, wave, punk, ebm and later i played also grunge & crossover.
1994 i began to fall in love with electronic club music (Drum & bass, Breakbeatz, House, Triphop, Dub, Electro but also the roots worldmusic, soul, funk) From 1996-2000 we (lunatic sound collective) made some own Events ("Feel the Deepest") in different locations and i played later also in some clubs in the west of Germany. more:
https://www.facebook.com/xedims
https://www.instagram.com/smi.dex