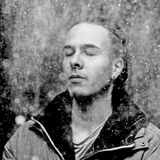 Never miss another
show from LunaChill

Since the beginning of 2009, Luna Chill begun practicing with a pair of technics and after almost 2 years of refining his skills, managed winning dj competitions around Helsinki. Even he had trained with Hip-Hop instrumentals, Dubstep and later on Drum&Bass was eventually the true musical calling for him.

During his rising into the club scene, Luna has been a notably active Dj collaborating with various clubs around Finland and being an active member in successfull projects, including legendary SubzUp! & Ivah Sound nights, and Doomsday club events.

On 2012 Luna Chill moved more into darker, deeper and rhythmical sounds, containing a tribal and intense approach. Over time this led him to be one of the most active deejays on the Finnish underground movement. Even he makes no compromise with his sound he´s been performing from major underground raves to the biggest local events, as Laserpoint and Wonder Festival.