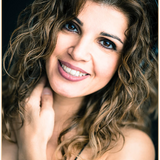 Releases: “Looking at you” & “Guitarra del sol”
her re-edit caused a worldwide attention
„Paper Aeroplane“ - Angus & Julia Stone
with currently about 80000 play’s on SoundCloud
Her works have been played for months on many radio stations such as Ibiza Global Radio.
She specializes in deep, tech and clubhouse, in combination with classics and mashups.
Lola Pour fell in love with the diversity and possibilities of music at the age of 12. The first experiments started with a keyboard and later with a computer. The necessary know-how was acquired, and she started to produce which resulted in several productions and re-edit's
As a DJ and Producer since 2010, she has performed in nearly every club hotspot in Austria:
More info here: http://www.LolaPour.com