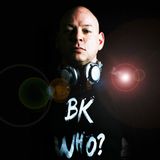 Next to his own songs and remixes BK Duke is also producing as an exlusive author for ROBA Publishing.